Penny stocks are priced over-the-counter, rather than on the trading floor.  The term “penny stock” refers to shares that, prior to the SEC’s reclassification, traded for “pennies on the dollar”.When considering penny stocks to invest in, investors and experts in the field recognize the low market price of shares and its correlation to low market capitalization.

The penny stock market has little liquidity, so holders of shares in penny stock companies often find it difficult to cash out of positions. However, academic research shows that the investors keep looking at penny stocks to invest because of the risk created by small market cap size and lower liquidity results in higher expected returns due to the Size and Liquidity Premium.
[optin-monster-inline slug=”zm3dhqtrewum83ga4kr4″]

Volkswagen AG (VWAGY) is a big name in the automobile industry that hails from Germany. Investors are mainly interested in EV stocks these days. Considering the developing EV market, legacy automakers are leaving no stones unturned to retain their dominance in the auto sector. Top automakers are investing billions of dollars in electrification efforts. In 2021, Volkswagen Group delivered more than 450,000 electric vehicles, accounting for 5.1% of the company’s total deliveries.

Volkswagen expects that by 2030, half of its sales will be EVs, which is estimated to be 4.5 million EVs. Volkswagen expects to spend around 52 billion euros on its electrification efforts through 2026. Looking at the company’s long history and its dominant position in the global auto market, it seems likely that it will achieve what it is aiming for.

Volkswagen is targeting China, one of the biggest markets in the world. The company plans to build 1 million electric vehicles a year in China next year. During an interview with Nikkei, the CEO of the Volkswagen Passenger Cars brand mentioned their plans for China.

Volkswagen will install a plant in a joint venture with China’s Anhui Jianghuai Automobile. This was announced back in 2019. Things are now all set to get into the production phase.

Overall, Volkswagen seems well-placed to be a dominant EV player in the coming years. VWAGY stock is right on top of our penny stocks to invest list.

Kawasaki Heavy Industries (KWHIY) is known for its supreme heavy bikes. The Ninja series of Kawasaki is the most popular one that is known worldwide. The company also makes off-road vehicles and jet skis.

Kawasaki is also into other key segments. Particularly its defense contracting work and as a shipbuilder for the Japan Coast Guard, Kawasaki is incredibly relevant for the present geopolitical climate. With China asserting its presence on the high seas and claiming territory left and right, the Japanese government needs to respond. Typically, it’s in the form of the JCG sending its cutters.

As well, Kawasaki is a renowned submarine manufacturer and sure enough, Japan has a formidable fleet of submarines.

The company recently announced its quarterly results. During the third quarter, Kawasaki reported year-to-date net sales of ¥1,000,000,000,038.7 billion. The operating profit was around ¥39 billion. While the cash flow from the operating activities increased by ¥700 million year-over-year.

KWHIY stock with its brand name and strong financials is a great penny stock to invest in.

BAE Systems (BAESY) operates in the defense, security, and aerospace industries. Based in Farnborough, England, BAE has grown into the U.K.’s largest defense contractor. Despite its presence in its home country, around 75% of its revenue comes from outside of the U.K.

On top of that, earlier in January, the company signed another modification contract for the production and delivery of M109A7 and M992A3 vehicles.

The company had done brilliantly during the first half of 2021. BAE Systems completed orders worth $14.3 billion. The sales were around $14.1 billion during that period. The company was able to maintain a free cash flow of $624 million up from a negative $148 million in the same period of 2020.

For the full-year 2021, BAE Systems have expected Sales to grow between 3% to 5% from 2020. BAESY stock is doing great and it is a hot penny stock to invest now.

Do you guys believe a company like Nestle that has a global footprint is not listed on major U.S. exchanges? An American favorite, Swiss multinational food, and beverage company Nestle (NSRGY) sure seem like one of our own.

Nestle is a favorite in a lot of countries, and it is humbly listed alongside some really crummy OTC stocks. But don’t let that detract you from NSRGY stock. Over the years and years, Nestle has been delivering top-notch outcomes. The company suffered during the pandemic, but things have started to pick up momentum once again.

Nestle recently announced that it has agreed to acquire a majority stake in Orgain. Orgain is a manufacturer of plant-based protein powders and other products. This deal will expand Nestle’s nutrition portfolio. Nestle has the option to fully acquire Orgain in 2024.

Orgain will add to Nestle’s sales growth this year though weighs on its margin slightly. Bloomberg reported last year the protein powder maker had annual sales of about $400 million.

Lately, Nestle announced cutting its stake in L’Oréal between 20% to 23% by selling shares worth about $10 billion. It has been a great investment for the Nescafe maker. The company has ended things on a high.

The major development for Nestle is moving its business towards e-commerce. The company expects to nearly double its e-commerce sales to 25% of its group total by 2025. Nestle is stepping up marketing and technological investments for online business. Being a big multi-national fish, NSRGY is definitely the best penny stock to invest in.

Formulary traded with company name Daimler; Mercedes-Benz Group (DMLRY) is the new name of the company. The change is the latest in a string of structural reshuffles for the carmaker that began its life as Daimler-Benz AG in 1926. Just like, Facebook changed its name to Meta Platforms, the transaction to Mercedes-Benz Group is a part of broader goals.

Investors could start viewing Mercedes as a Lucid Motors or Tesla type and start to give it an EV multiple. But Lucid and Tesla get to start at 100% EV. For Mercedes, you have to convert your existing ICE business to EVs. That may be a limitation on how far the multiple could go near-term.

However, the long-term road map is clear for the company. Mercedes- Benz and China’s biggest private carmaker Zhejiang Geely Holding Group have set up a joint venture. The target of this venture is to raise capital. Smart is talking to advisers and could seek about $500 million to $1 billion in fresh funds by selling a minority stake in the venture. The venture will use the proceeds to boost its brand as an EV maker.

As part of the agreement, Mercedes-Benz designers would style future Smart vehicles and Geely would engineer them. With production based in China, the venture would aim to extend its portfolio of vehicles.

DMLRY stock looks a perfect fit in the category of penny stocks to invest considering its history and long-term potential. 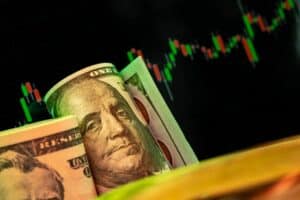 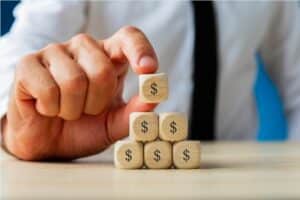 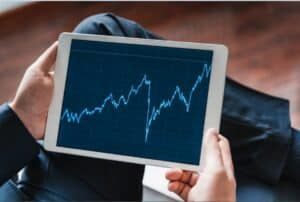