A concern about possible problems with the spread of coronavirus vaccines led to one of the largest one-day losses since October for US stocks on Wednesday. A large volume of short positions was also opened for GameStop and other securities due to sharp fluctuations.

A battle erupted between day traders seeking to invest in GameStop and hedge funds that are actively shorting the company, sending GameStop shares soaring 135%. AMC Entertainment, another target for intraday traders, rose 301%. The shares of both companies in January grew by more than 800%.

In response to the spread of new strains of Covid-19 around the globe, governments are being forced to vaccinate the population as soon as possible, since any delays could lead to the lifting of lockdowns and other quarantine restrictions

AstraZeneca has announced a sharp decline in vaccine supplies to the European Union due to problems at its European factory. A shortage of vaccines could adversely affect the vaccination process in the UK, as EU authorities begin to push the company to acquire vaccines produced by British factories.

During the same day, President Joe Biden announced he would purchase more vaccine doses that should be enough to supply the vaccine for most US residents.

In the afternoon, investors analyzed the financial results of AT&T, Blackstone, and Boeing. After that, tech giants Apple, Facebook, and Tesla reported on their results.

‎XpresSpa Group Inc (XSPA) grew over 30.13% at $3.11 in pre-market trading ‎today following an announcement from the company that it plans on opening new XpresCheck facilities, offering more opportunities for in-airport COVID-19 testing.‎‎ ‎‎

‎American Battery Metals Corp (ABML) was up more than 7.11% at $3.64 in the extended-hours session.‎‎

RBC Capital turned bullish on PTC Inc. (PTC), upgrading the stock to “Outperform” and assigning a $145.0 price target, representing a potential upside of 20% from Wednesday’s close.

Twitter Inc. (TWTR) has won the favor of KeyBanc’s equity research team. The firm upgraded the shares from Sector Weight to Overweight and moved their price target to $65.0, suggesting 35.08% additional upside for the stock.

Brinker International Inc. (EAT) received an upgrade from analysts at KeyBanc, who also set their one-year price target on the stock to $64.0. They changed their rating on EAT to Overweight from Sector Weight in a recently issued research note.

Stifel analysts reduced their investment ratings, saying in research reports covered by the media that it’s rating for The Procter & Gamble Company (PG) has been changed to Hold from Buy.

The Walt Disney Company (DIS) SEVP-Chief Financial Officer McCarthy Christine M announced the sale of shares taking place on Jan 25 at $172.00 for some 25,000 shares. The total came to more than $4.3 million.

Fastenal Company (FAST) Director Ancius Michael J declared the purchase of shares taking place on Jan 25 at $47.50 for some 770 shares. The transaction amount was around $36575.0.

Top US earnings releases scheduled for today include American Airlines Group Inc. (NASDAQ: AAL). It will announce its Dec 2020 financial results. The company is expected to report earnings of -$4.11 per share from revenues of $3.88B in the three-month period.

Analysts expect Comcast Corporation (NASDAQ: CMCSA) to report a net income (adjusted) of $0.48 per share when the bank releases its quarterly results shortly. Revenue for the fiscal quarter ended Dec 2020 is predicted to come in at $26.78B.

United States Steel Corporation (X), due to announce earnings after the market closes today, is expected to report earnings of -$0.68 per share from revenues of $2.58B recently concluded three-month period. Amid the woes caused by inflationary pressure and supply chain chaos to many, the tech giant Tesla Inc. (TSLA) gave another beat quarter with record American Airlines Group Inc. (AAL) rebounded in the late trading session on April 20, 2022, after a favorable turn of events took place in the 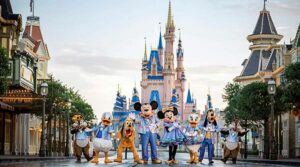 Shares of the entertainment behemoth, Walt Disney Co. (DIS) suffered a downtrend in the after-hours on April 19. The stock fell below its 52-week low 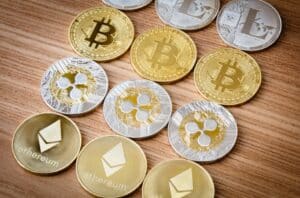