While it is true that the wider cryptocurrency market is presently in a state of fear and uncertainty, many have seen their investments take off in this recent week, following market sentiment and seeking strategically timed entrance points. The following cryptocurrency names stand among the top winners of the recent week, at the time of this Stocks Telegraph update:

One cryptocurrency that had turned heads recently was ETHA Lend (ETHA), which took off explosively on Sunday, following months of hardly any change. ETHA, which fluctuated close to $0.015 since mid-June, shot up in recent days by as high as 620%, to a peak of $0.1083. At present, the ETHA gains stand at 400%, which is extraordinary, and holds a trading volume of $70 million. This is considerably lower than yesterday’s $105 million figure, which may possibly hint at an eventual cool-off approaching.

WadzPay Token (WTK) has been another name among winners, which saw its month-long stability suddenly shaken on Thursday, which led to a rocketing climb. The token remained at $0.0068 before a sudden price burst of 375% until yesterday. Although, as of the writing of this article, the sharp peak has somewhat flattened, and WTK’s weekly gains still stand at an incredible 310%.

Flamengo Fan Token (MENGO) too outperformed the market in the prior week, in a stunning climb that more than quadrupled its share price, in just a few days. Just last Wednesday, MENGO’s price stood at $0.71, whereas at present it is on the $2.40 mark. This 330% climb may very well swell further, especially considering the $9 million daily trade volume. The token therefore may still have some momentum for those looking to see their capital climb high.

Kanagawa Nami (OKINAMI) brought one impressive comeback story among cryptocurrencies, this week. OKINAMI was off to a lackluster start dropping from $0.0058 to as low as $0.0037, which translated to a 36% fall in only three days. In the upcoming days, however, OKINAMI shot up to as high as $0.0087, which put its trough to peak gain at 235%, spelling good news for those that chose to hold the risky cryptocurrency. Amid the falls and the rises of the past week, OKINAWI has still managed to double its price with a net weekly gain of 156%.

Vee Finance (VEE) remained largely inactive and immobile throughout the week until it spontaneously exploded in price from $0.000177 to $0.000713, which was its highest price since at least early May of this year. This sudden growth exceeded 300%, however, was proven extremely short-lived, as VEE underwent an immediate price correction. Spectacularly, however, even after this correction, VEE still managed to net in gains amounting to 136% during the last seven days.

Where many crypto-traders enjoyed spectacular triple-digit growth in the last seven days, a number of market participants also exist on the other end of the spectrum. These traders had the misfortune of investing in declining cryptocurrencies which significantly cut short the values of their investment.

In the last week, Fidance (FDC) has proven to be amongst the worst performing cryptocurrencies, shedding as high as 80% of its price in merely a 7-day window. This comes despite a positive start, which saw FDC take off spontaneously to a peak of $0.0368, at which point its total weekly gains stood at 310%, just 3 days into the week. This peak immediately corrected itself and was followed by a hard descent, which puts FDC at a new low of $0.00018.

Metaplex (MPLX) too proved to be a disappointment to all those that had their hopes tied to its price change. The cryptocurrency has been suffering a week-long slide with hardly any sign of a slowdown, losing almost half of its price from seven days ago. MPLX fell from $0.88 to $0.45 within this week, with its volume stable at $1.5 million since Thursday. This suggests that the fall may be approaching a stop, within the next day or so. Given that MPLX has only been in the trade for the last week, every descent pushes it to a new all-time low.

Bitzen.Space (BZEN) was another big loser of the week, depreciating by 75% in the last seven days, in its fall from $0.0073 to as low as $0.0013. Since its launch in mid-September, BZEN has been undertaking a spectacular climb in its first five days, gaining by as high as 600%, in a matter of days. The tides now have evidently turned for BZEN, as the market has shifted gear in its perception towards cryptocurrency.

DaoVerse (DVRS) to stands amongst the losing crypto-names, given how it shed more than half of its price, to the dismay of its holders. Its fall from $0.000181 to $0.000077 has been a process seen steadily across the week, in a persistent, rather than sporadic descent. In the last hour, however, DVRS undertook a sharp spike, which puts its gains for the day at 8%, which could hint at bulls fighting back. Despite this, however, the day’s net loss still stands at 52%.

IPVERSE (IPV) continued its month-long declining price trend, falling by a further 53% in the last seven days. IPV is now trading at $0.403, in comparison to its $1.854 price at the start of September. However, there do appear signs of a fightback to be underway, considering that IPV has gained over 20% of its price in the last 24 hours alone. Amidst the dips and fightbacks, however, IPV still has a long way to go, after losing over half its price in a single week. 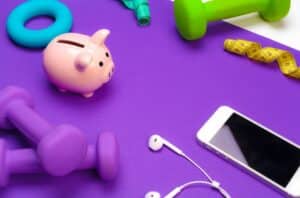 Technology is one of the most advancing industries at the moment. We can certainly say 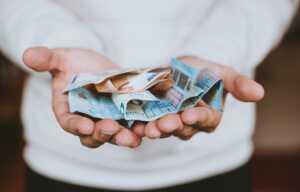 Secoo Holding Limited (SECO) stock became bullish in the after-hours, following the announcement of board

Chainlink – Recent developments to watch out for 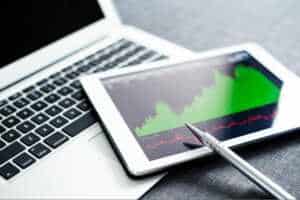 Premarket Activity For The ChemoCentryx (CCXI) Stock Today: What Is Raising It?

In premarket hours on the last check Friday, ChemoCentryx Inc. (CCXI) was up 13.52% at