When markets undergo heavy macroeconomic stresses and unpredictable volatility, investors typically turn to stocks that are capable of delivering stability. This article aims to shed light on the four Best long-term growth stocks that have been rising for the past 10 years. This is true for the tumultuous swings seen in recent years, as a result of the economic fallout of the Covid-19 pandemic, and supply chain complications arising from Russia’s invasion of Ukraine.

With inflation levels reaching new heights each day, and the threats of a looming recession growing ever likely, the market seeks stability the most. One metric through which this can be gauged is by looking at historical performance. Which were the stocks that powered through the last 10 years, and survived the pressures thrown their way?  A historical growth trajectory of such a nature indicates market confidence, and a high likelihood of the growth momentum to continue.

TransDigm Group Incorporated (NYSE: TDG) is one of the big name companies of the last decade. TDG is a supplier of aircraft components and had seen an 825% rise in the last 10 years, which is making it one of the best long-term growth stocks. This is largely due to the sustainable, growth-oriented business model through which it operates. In addition to expanding its clientele who procure components for new aircraft, existing customers also deliver substantial aftermarket revenue. Once aircraft cross the 25-30 year threshold, crucial components need replacing or patching up. After 50 years, industrial standards dictate that the components have reached the end of their useful lifecycle. This makes the TDG approach one that is geared towards long-term growth. The company, therefore, had succeeded in steadily growing its revenue over the years.

2020 was a year that saw the momentum of the entire airline industry come crashing down. As flights were halted amidst the Covid-19 outbreak, so too was the business of component suppliers. In what many analysts described as an “Armageddon”, TransDigm performed relatively well. Its net income fell only by 20%, whereas its sales figure remained flat in FY20Q4. This is in large part due to the monopoly the company holds in the aircraft components realm. Being a sole critical supplier of such a giant global industry, TDG has established itself as a safe and financially sustainable business.

In the bearish market conditions of 2022, the stock has fallen roughly 10% from its price 12 months ago. This comes despite strong fundamentals and significant tailwinds the industry anticipates. For investors looking to fly high, there is hardly a better option worth considering than TDG.

United Rentals, Inc (NYSE: URI) presently holds a remarkable market position as the world’s largest equipment rental company. What is even more remarkable, however, is its performance in the last decade, which saw the stock rise by an impressive 825% and positioned it in the best long-term growth stocks list. The annual revenue for URI in 2011 stood at $929 million, compared to its 2021 figure of $9.7 billion.

United Rental occupies a unique position as a stock, given it belongs to the industrial and construction sectors, despite not producing an output of any form. The company, through its stellar network and robust rental portfolio, has expanded its business significantly over the years. Through its cash flow through fees alone, URI has been heavily investing in business acquisitions, such as the regional player, Franklin Equipment. Such an approach has resulted in accelerated growth for the company. This was fueled both organically through rental income, as well as mergers and acquisitions undertaken.

United Rental’s spectacular growth has slowed down significantly in recent months, owing to macroeconomic headwinds. In the bear market of 2022, URI has fallen by almost 15% in the last 12 months. Despite this, however, the future is far from bleak for this star player. URI holds two core advantages that companies hardly ever enjoy. For one, its unique business model leaves it exposed to minimal competition. Secondly, the barriers to the industrial equipment business sector remain extremely high. Both of these factors, combined with the company’s aggressive acquisition strategy make it truly one of a kind. Investors hardly come across ‘one of a kind’ stocks as promising as URI.

Recently, the company has initiated plans to see its national account program successfully initiated. This would entail expanding relationships with large, national, or multi-regional companies. The program further specifies client companies that spend above $500,000 in rental payments as being national companies. This points to the significant upside potential associated with URI.

Ulta Beauty Inc. (NASDAQ: ULTA) presently stands as the largest beauty retailer operating in the United States. The company’s growth trajectory in the last 10 years points to an almost 400% rise, owing to its robust business model, and a business strategy geared towards achieving financial sustainability. Over the years, Ulta Beauty has managed to win the hearts of its customers by attempting to provide a one-stop shop for all beauty-related products. At present, the company offers over 600 different beauty brands across its 1300 stores in the US.

The first point of strength for Ulta comes in its strong, and highly loyal customer base. At present, its loyalty program members stand at an incredible figure of above 37 million. Its loyalty program reflects an impressive 95% portion of total revenue, indicating its critical nature to the company. Ulta’s superior offerings have resulted in this figure climbing steadily in the last 10 years making it one of the best long-term growth stocks. The company has benefitted from using customer spending data to optimize its offerings in an innovative manner, to ensure a high-quality shopping experience. Another aspect to note about ULTA that is crucial in understanding its performance in the last 10 years is its store expansion. In 2012, there were 550 Ulta retail stores in operation, whereas the figure today has more than doubled, to 1308. For a company operating a beauty chain, store expansion directly translates to a revenue expansion, which is directly reflected in the company’s financial trend over the years. In just 10 years, Ulta has consistently achieved double-digit revenue growth every year, with the exception of 2020, due to the outbreak of the Covid-19 pandemic.

Ulta’s high growth trend shows no sign of stopping into the future. With the share buybacks the company is constantly engaged in, ULTA stands as an incredible investment opportunity. With its recent e-commerce developments, its potential to soar even higher are especially magnified.

Any list that discusses the best long-term growth stocks and the major players of the last decade which omits Netflix Inc. (NASDAQ: NFLX) is essentially incomplete. Before its price plummet in late 2021, the stock had climbed by an incredible 7400% since 2011. During this period the stock ballooned from $9 to one trading on the verge of $700. Although this was followed by a hard plummet down to $200, the decade-long momentum Netflix holds remains incredible.

10 years ago, Netflix was making its mark as an emerging star in the digital entertainment realm and remained the leader in HD film and series content streaming through the internet. It began its transition from a DVD provider with a mail-rented business model to an internet streamer in 2007. Since then, the streaming pioneer has seen an explosive growth surge and has maintained the top position in the sector. Netflix became a household name across the globe, and its paid subscriber figure grew to 220 million throughout 190 countries. The company stands as an example of how far a company can fly, owing to the sheer magnitude of an innovation-driven approach in the digital age.

Netflix presently faces a number of challenges, with the primary being its shrinking userbase. This comes as a result of password sharing amongst users, migration to other platforms, as well as digital piracy. Despite this, the company has its sights set far. Its recent second-quarter earnings of 2022 brought a sigh of relief as it lost less than half the amount of customers it had anticipated. The company recently announced a strategic shift towards an ad-tier streaming model, which is likely to ensure financial sustainability. In order to achieve these strategic goals, Netflix had been in contact with video advertising developer, Roku Inc. (NASDAQ: ROKU) for a business partnership. The market has also been circulating with unconfirmed reports of a potential acquisition by the tech giant, Microsoft Corporation (NASDAQ: MSFT).

Regardless of the direction the company takes, its innovative track record and strategic flexibility make it unlikely to wither into insignificance. The stock continues to hold enormous growth potential and the ability to rebound amidst wider macroeconomic stresses.

When investors are looking on to catch on with long-term momentum, the best bet is to look at the past. Past trends highlight which stocks have soared against market disruptions. This approach sheds light on safe stocks capable of withstanding uncertainties. Each of the four stocks discussed above shed light upon some of the most stellar stocks of the last ten years. Discussed above are the promising prospects of each of these stocks, along with an argument as to why each is likely to maintain its longer-term growth trajectory. 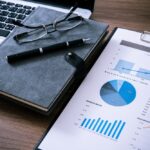